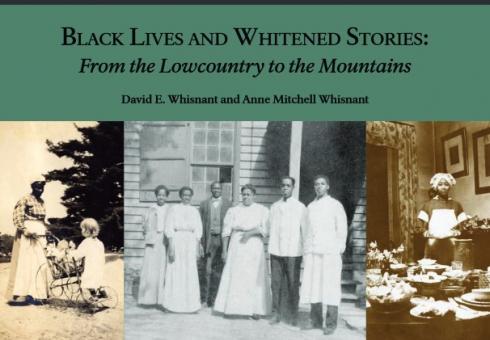 GLS Director Anne Mitchell Whisnant and her husband and writing partner David E. Whisnant, have been awarded this year’s Excellence in Consulting (Group) Award from the National Council on Public History, the major professional organization in public history. This award recognizes outstanding contributions to the field of public history through consulting or contract work.

The Whisnants have won this award for their recent study, Black Lives and Whitened Stories: From the Lowcountry to the Mountains (Historic Resource Study on Black History at Rock Hill/Connemara), completed for the National Park Service’s Carl Sandburg Home National Historic Site in Flat Rock, NC. The full study is available online here.

From the National Council on Public History:

"In their Historic Resource Study for the National Park Service (NPS), Anne Mitchell Whisnant and David Whisnant broaden the meaning of the history of the Rock Hill/Connemara property (Carl Sandburg Home National Historic Site) in Flat Rock, North Carolina, by delving deeply into the experiences of African Americans who lived and worked there. Not only do they uncover long-suppressed narratives about enslaved and freed African Americans, but their study also revises the commonly accepted narratives regarding the white owners of Rock Hill/Connemara before it was purchased by the Sandburgs.

This extensively researched and intellectually rigorous project provides a wealth of information for new interpretation at the NPS site, as well as potentially expanding the scope of its National Register designation. The Whisnants’ contributions to scholarship about the history of Rock Hill/Connemara make the project worthy of recognition in and of itself, but they take their analysis a step further, identifying the conscious choices made by community members and the National Park Service over the years to prioritize certain narratives over others, thus silencing African American history at Rock Hill/Connemara and in the community of Flat Rock. Expanding interpretation at National Park sites can meet pushback by those who point to original enabling legislation and its goals.

Projects like this show that attaining relevance, an important aim for NPS, must take into account the constraints that previous versions of history have handed down. Perhaps the next step at this site would be to investigate its associations with Indigenous history. Black Lives and Whitened Stories thus serves to illuminate the potential tension between consultants and their audiences that may arise during a consulting project, while also demonstrating how consultants can challenge their clients, encouraging the telling of alternative stories and the redressing of past injustices."

A full press release about this award and all of this year’s NCPH awards is here.