When you become a Duke GLS student, you join an intellectual community with access to all of Duke University’s rich academic and artistic resources.  Consistently ranked as one of the top American universities, Duke is home to some of the foremost scholars and research facilities in the nation. Featuring the Duke Graduate School, the Duke Medical School, the Pratt School of Engineering, the Fuqua School of Business, the Nicholas School of the Environment, the Sanford School of Public Policy, and the Duke Center for Documentary Studies, Duke offers a broad array of resources to its students.  These offerings range from the outstanding Duke Library system (including its electronic resources, its archives and the Rubenstein Rare Book & Manuscript Library), to artistic and historical exhibits (note in particular the Nasher Museum of Art, just one block from GLS House), public lectures, seminars, concerts, plays, readings and other performances.

But these opportunities are not limited to events on the Duke Calendar -- whether in the GLS House student lounge or at one of the many campus cafés, you may well find yourself hanging out and discussing the issues of the day with fellow students or faculty.  Duke's main campus is noted for its beautiful neo-gothic architecture; nearby are the extensive Sarah P. Duke Gardens.

The intellectual community that begins at Duke extends beyond its boundaries to connect with other nearby schools such as North Carolina Central University in Durham, North Carolina State University in Raleigh, and the University of North Carolina at Chapel Hill – as well as the rich and diverse artistic community of North Carolina’s Research Triangle Region.  Duke is located in Durham, NC, an active, diverse small city of a quarter million people where technology, arts and academics meet Southern charm.  Once known for the African-American businesses of its "Black Wall Street," and now home to the Research Triangle Park consortium of business, education, and research facilities, Durham boasts a high-tech post-industrial economy based in information technology, biotechnology, pharmaceuticals, medicine, and education. 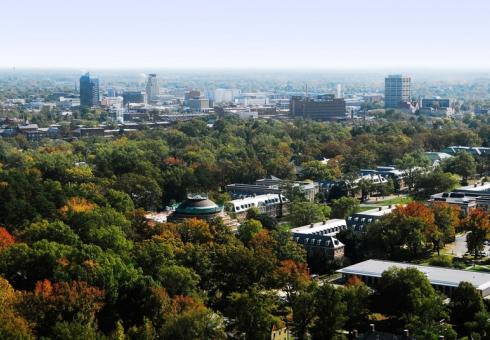 The robust energy of Durham is fueled by its racial and cultural diversity, as well as its mixture of old and new, science and art – all of which give Durhamites a unique perspective on the world.  The red brick textile mills and cigarette factories of central Durham have found new life as offices, condos, shops, restaurants, farmers’ markets, music clubs, performance spaces, and art galleries.  Both its food trucks and its four-star restaurants are nationally reviewed, and its new Performing Arts Center is one of the most successful in the nation.  Durham is home to the American Dance Festival, the Durham Bulls minor league baseball team, the Full Frame Documentary Film Festival, the Bull Durham Blues Festival, the Art of Cool Jazz Festival, Moogfest, the North Carolina Gay Pride Parade and the World Beer Festival.  Duke Forest, Eno River State Park, and numerous lakes offer hiking, biking, boating and other recreational activities just minutes from downtown.

For more information on Durham, including details about housing and transportation, see the Duke Graduate School website. 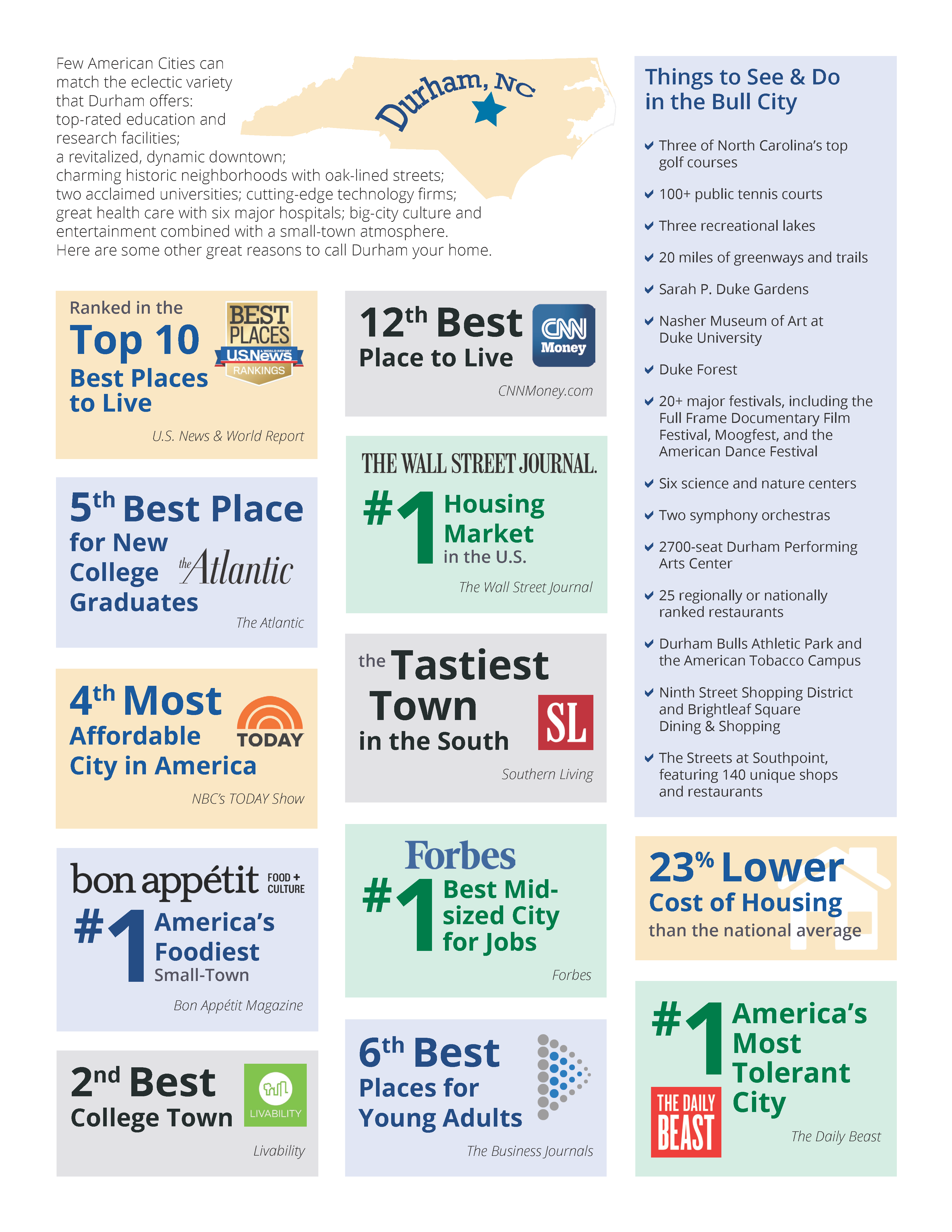