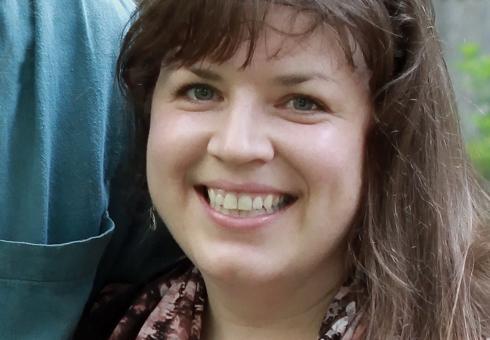 Kim Smith (MALS 2016) was selected to serve as Student Speaker at the 2016 GLS hooding ceremony. Kim began the MALS degree in the fall of 2012, exploring the interdisciplinary range of LS courses in the program, from the court of King Arthur to biodiversity, to the art and thought of the Bloomsbury group, memoir, photography and documenting Durham. She is also an accomplished, multi-disciplinary artist with a BFA in Theater Studies who has exhibited as a visual artist and has performed extensively as a musician. Her alternative rock band, Kim’sMyth (1990-2005), has two CDs for which Kim is at times composer, performer, producer and visual artist.

Her academic work at Duke has been outstanding, but equally important, Kim has been a witty and warm, creative contributor to the GLS community over the past four years. Kim’s scholarly and artistic gifts meet in her remarkable master’s project, a work of creative non-fiction, “Book of Harriet: The Disambiguation of Five North Carolinian Siblings 1840-1941.” Kim’s project, an act of dedication and two years of archival research, was awarded, along with the other six exemplary projects announced earlier in the week, the well-deserved designation of “Exemplary Final Project."