As a program of the Graduate School, GLS coordinates with faculty and administrators from across the Duke campus in order to create LS seminars and study away opportunities, implement and adjust program policies, facilitate program procedures, and support students as they make their way on their academic journeys -- in other words, to do all that is necessary to develop and maintain a world-class Graduate Liberal Studies program. These are the people who make Duke GLS happen. 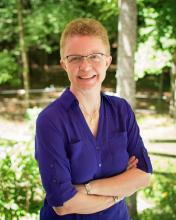 As the director of Graduate Liberal Studies, Anne Mitchell Whisnant oversees all aspects of the program, participating in both administration and academics. She joined GLS as director on August 15, 2019. From 2017-19, she worked full time as a professional historical consultant in her firm Primary Source History Services, conducting several historical research projects for the National Park Service. For the 2016-17 year she was Whichard Visiting Distinguished Professor of History at East Carolina University, and before that, for ten years (2006-16), she was Deputy Secretary of the Faculty and Director of Research, Communications, and Programs for UNC-Chapel Hill’s Office of Faculty Governance. Her first Duke tenure was 2002-06, when she coordinated humanities programs at the John Hope Franklin Humanities Institute.

Dr. Whisnant is a historian whose teaching, research, speaking, consulting, and writing focus on public history, digital and geospatial history, and the history of the U.S. National Parks. She has taught public history at UNC-Chapel Hill, UNC-Greensboro, East Carolina University, and George Mason University. In 2006 she published Super-Scenic Motorway: A Blue Ridge Parkway History, the first fully grounded history of the parkway's development, with the University of North Carolina Press. She subsequently served as scholarly adviser for Driving Through Time: The Digital Blue Ridge Parkway, an online history collection developed collaboratively with the Park Service and the UNC Libraries.  More of her Blue Ridge Parkway work may be seen here. As a consultant, Dr. Whisnant has been the co-principal historian on several other National Park Service projects. From 2008-12, she chaired a task force commissioned by the Organization of American Historians and the National Park Service to study historical practice within the Park Service. The resulting report, Imperiled Promise: The State of History in the National Park Service, won the 2013 Excellence in Consulting Award from the National Council on Public History.

♦Provides student academic advising and support
♦Teaches the GLS Core Course, "The Self in the World"
♦Serves on master's examination committees Develops academic policies and procedures

Kent Wicker's focus in the program is academics, which includes providing student academic support, maintaining academic standards, serving on master's project committees and developing policies and procedures.  With Donna Zapf, he created the GLS Core Course in interdisciplinary studies; he also serves as GLS Writing Consultant.  Dr. Wicker has served on the board of the Association of Graduate Liberal Studies Programs, and led several workshop sessions at the annual convention.  He holds a BS in International Relations from Georgetown and a PhD in English from Duke, and has worked both inside and outside academia as a writer and editor.  His academic interests include class, gender and place in American and post-colonial literatures, and the historical development of the novel.  He lives with his wife near the Eno River, where he hikes, bikes and involuntarily feeds a growing herd of deer.

♦DGSA (Director of Graduate Studies Assistant) for GLS
♦Works closely with the director to interpret and implement academic
policies and procedures of The Graduate School
♦Works with the director on course planning, scheduling, and student advising
♦Prepares and administers GLS budgets and expenditures
♦Coordinates GLS communications and events

Lisa Robinson Bailey is an alumna of the Graduate Liberal Studies Program (AM 2007). She holds a BA in Women’s Studies from the University of North Carolina at Chapel Hill. From 2007-2011, she was the assistant director of the A.B. Duke Memorial Scholarship Program in the Office of University Scholars and Fellows. Prior to joining the GLS staff in 2014, Lisa spent three years as a human subjects specialist in the Office of Research Support at Duke. 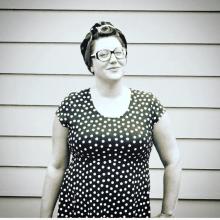 Prior to joining the GLS team, Chavez was the Program Coordinator for the Carolina Digital Humanities Initiative at UNC Chapel Hill. She also worked as a web assistant for the Center for Documentary Studies and a marketing assistant for the MFA|EDA program at Duke University. She is interested in work that engages the public, serves communities, and propels participatory projects with underserved demographics.